The eyes are the most complex and largest of the sensory organs in our body. Their function is to record the images of our surroundings that the brain will interpret. Although the eye measures only about an inch in diameter, it helps to visualize and collect information of what is going on around us.

Our eyes work similar to a camera as they too have lenses that focus the incoming light and transform it into a “picture”. A specialized cell layer of the eye called retina acts as a film that helps produce an image.

Usually, whenever we look into our eyes, we can see the following structures:

If we take a cross-section of the eyeball, the following structures can be identified:

The other pair of muscles is oblique muscles which include the superior and inferior oblique muscles. These muscles help in rotation of the eyeball in the orbit and also allow the image to be focused on the fovea of the central retina.

Normal vision takes place when the light rays entering the eyes get focused on the retina. Usually, the light rays that enter the eyes may get bent or refracted when they pass through the lens.

Sometimes, in conditions where the eyeball is too long, the focused image will fall short of the retina, which means the image forms in front of the retina. This is known as myopia or near-sightedness where farther objects appear unclear.

When the eyeball is too short, it results in hyperopia or far-sightedness in which the focused image falls behind the retina. These conditions also occur if the eye muscles do not change the shape of the lens such that the light rays get focused accurately. Our eyes have a unique capability of being able to focus on a single object at the same time. This type of vision helps us to sense the depth and is called stereoscopic vision.

The light rays that reflect back from an object we see enter our eye and get focused by the optical structures of the eye such as the cornea, iris, pupil, and lens. These rays finally enter the retinal layer at the back of the eye.

The retina comprises of two nerve cell types: cones and rods. The cones are sensitive to light, colour and visual details such as words in a newspaper and street sign. Rods are responsible for night vision and they detect movement and objects. 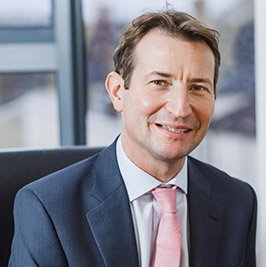 View Profile
What We Treat
Am I at Risk of Cataract? 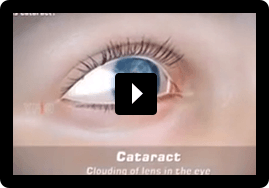